This morning he made me a cuppa; called upstairs to let me know. Gazing out the window into the sunlight, he stood pressed against the sink, my tea sat alone on the worktop. Silently I took in the shape of him, placed my flat palm in the arch of his back. Pressing firmly I rubbed slowly towards the back of his neck and twiddled the edges of his hair damp from his morning ablutions. I closed my eyes as my cheek found a space just the right shape; between his shoulder blades. I whispered softly, “I do love you” as my nostrils sucked in his fresh morning scent. The husband, (as I often refer to him) gave a low chuckle “Jolly good” he said. This was a response I had almost got used to, a tongue in cheek remark that sometimes … slips under my skin.

The thing is when you move and breathe in unison when you know what is about to be said … just once, you’d like something different, a fresh surprising thing. Aware as I was that although he did not want tea himself … he thought of me. Though he could have said I love you too, it would have been what many would have said. He chose to say something that he knew I would recognise as his. Even so, deep down, I would have been excited by a new response.

At the end of a special dinner, I know he enjoys a cheese board with all manner of pomp and smell. But just occasionally I surprise him with sticky toffee pudding made from scratch. I Serve it with a salted caramel sauce and fresh cream; in potbellied jugs. But this day, the one about which I write … I purchased a bun from the baker, one that I myself can’t eat.

He cooked us a roast with all the trimmings. We laughed at what we had both read and had done during our day. I spoke to him about his response this morning, how occasionally it would be good to be different, how different is sometimes nice. Not something you’d want too much of you understand, but good to be surprised with occasionally.

Then I presented him a warm hot cross bun, after all, it is Easter.

I listened to the locks turn as I climbed into our bed, I can hear him muttering something under his breath. Once settled we chat about everything and nothing; “Goodnight Husband, that I love” we kiss and squeeze. He wriggles closer, traps me from behind with both arms and legs. “Till morning you funny old thing.” As he blew a raspberry on the back of my neck. “That different enough for you.” 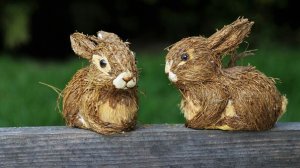 Click on ‘Stream of consciouciousness Saturday to join or read other responses. SoCs the prompt was ‘Bun’. I hope you enjoyed my response.

Do you think we need to make the effort to be spontaneous … occasionally. Leave me a comment I can’t wait to read.

47 thoughts on “Different Can Be Good.”