Once in a moon
you walk in a room,
With feelings
like you belong.

Once or twice in a life,
When the weather is nice,
And the sun heats up the sky
You will hear a unicorn sigh.

Just now and then
for a smidgen of time
You believe you are
The subject of a song.

If you lay, for a week and a day,
Watch the sun play in the trees.
You’ll see faeries take up a dance,
On the warmth of the incoming breeze.

By holding the thread at end of your bed,
You get to tug it once in your dreams.
The world turns blue especially for you,
And magic exists … So it seems.

Linda’s prompt for #Socs is Ham! To join in or read some

I once laughed til I cried

over a song about ‘spam’.

Was surprised when given a book

Called ‘Green eggs and ham’.
I was thrilled when cooked

for the first time,

by a visiting man. *wink wink*.
You never know what form

or how we inadvertently

nudge them awake.
A smell of lavender

Reminds me of Gran,

reading the rhymes… you guessed it

From green eggs and ham.

The taste of pig does it for me

It rumbles my stomach

until i fill it with tea….

Anyone for a sandwich?

A whimsical ditty … My husband listened (as they do) and said “You do know you’re weird… dont you”?

Comments welcomed and responded to promptly.

She rode the back of a wave like a professional surfer, lifting, curling, arching her back, her body rose above the water and powered through tubes. When the winds dropped and waters were once again calm, she disappeared. Calypso was exhilarating to watch.

For the past year, a fisherman had been recovering from an accident. The trawler lay wrecked on the ocean bed, his body and livelihood smashed like the hull. Andrew was sailing back when a freak storm lifted his vessel and tossed him overboard. Waves smashed him off the rocks and spat his broken body to the sand.

Andrew was found lying face down with his clothes ripped. The body was unrecognisable, salt encrusted his hair and seaweed bound his feet. Wounds bled from every visible part of the man, his bones protruded from his leg, arm and shoulder. Swollen and unrecognisable, Doctors didn’t hold out much hope.

Many operations and procedures were undertaken to pin and repair the damage. Andrew had been comatose for several weeks before he was able to speak and let them know who he was.Through those early weeks, he screamed with terrors, his eyes rolled in his head as he called the name Calypso in his fevered sleep.

Once on his feet, much of his recuperation was taken up at the window of his Cliff top home. Searching and waiting, watching closely to each lick of the sea. Hours were spent looking at the coastline through the glass panelled front of the house. He sat and watched, hoped for a glimpse of her. With his grandfather’s spyglass in front of the window; he waited.

Slowly Andrew recovered and other than the strange hallucinations about that night, he soon regained his strength, only a limp and scars were left to remind him. No matter how much better he was, he could not get Calypso out of his mind. She was a mermaid-like creature that called him that night. She whipped up the sea to a terrifying crescendo then lured the semi-conscious Andrew to the shore. How did he know her name? Was he going mad? Did she really kick up the storm that almost killed him and wrecked his vessel? He couldn’t fathom why he would believe this. Not only his mind, but his own eyes challenged him as he struggled with the memories.

Every night that the moon was bright and the sky clear, he’d search the sea looking for answers. With the old spyglass propped on its plinth, he would sit and search. On one night in particular, like a magnet, he was drawn towards the window. Calypso appeared as if through a fog, he blinked, looked again as he fought to steady his hand. She put on a display that made him groan, his masculinity stoked, the desire was pumping in every pore. Knowing his sanity was at stake he forced himself away from the sight, but moments later he twitched and was drawn back. Andrew picked up his own eyeglass, hoping to get a closer view, but could not see anything other than the rippling sea. That was when he knew the catalyst was the old spyglass, it was as if she were inside.

The harbour masters glass had been bequeathed to him with the house and belonged to three generations before him. He grew up on the stories and myths of the sea at his Granddad’s knee. Stories he listened to and one day would pass on in tradition to his children and grandchildren, but they weren’t stories he believed.

Andrew frowned as he lifted the glass to his eye sweeping his gaze left to right, catching his breath at dark shadows. His chest tightened, breathing became ragged and his hand shook, as once again he saw her, It was like she was calling him. He heard the soft lilting song travelling through the air around him. As if she was putting on a show, Calypso arched her back and whipped her hair over her head, it felt as if she was looking straight at him when she beckoned him with her hand. He stepped back, shaking his head in disbelief, he went to splash his face and compose himself; he was afraid for his sanity . Logically she could only be a figment of his imagination, that’s what he had to believe.

Pulling on his coat he grabbed a cane and walked down to the Jetty. The wind whipped up a squall from nowhere and made his footing less sure. A grey sky dulled his vision, the shingle rattled with the waves as the sea growled with anger. Andrew’s sight was obscured by the weather, so he climbed wearily back the way he came. Taking himself to bed, he hesitated at the medication on his bedside; then swallowed them down.

A lousy night lay ahead, the exertion on the jetty left him in pain and weak. He couldn’t get Calypso out of his mind, events played out in his head. At last, he decided this nonsense had to stop, he was a rational man and wouldn’t allow the accident to change him. Andrew packed the glass into its box and put it in the loft. He finished his healing at his Mothers house, and soon his mind was clear and Calypso was forgotten.

Sometimes he hears an eerie song which catches him off guard. Just sometimes, the call of the Mermaid challenges his mind. On the night of a bright moon, a flash of colour can be seen out at sea. And once in a while, when returning tired from days on the waves, the spyglass has appeared on its plinth there in the window, and he can’t resist one last gaze.

This was my attempt at fantasy. Have you stepped out of your comfort zone?
Tried something new, If so what was the outcome?
Do you believe in Mermaids?
Leave me a comment I’d love to know. 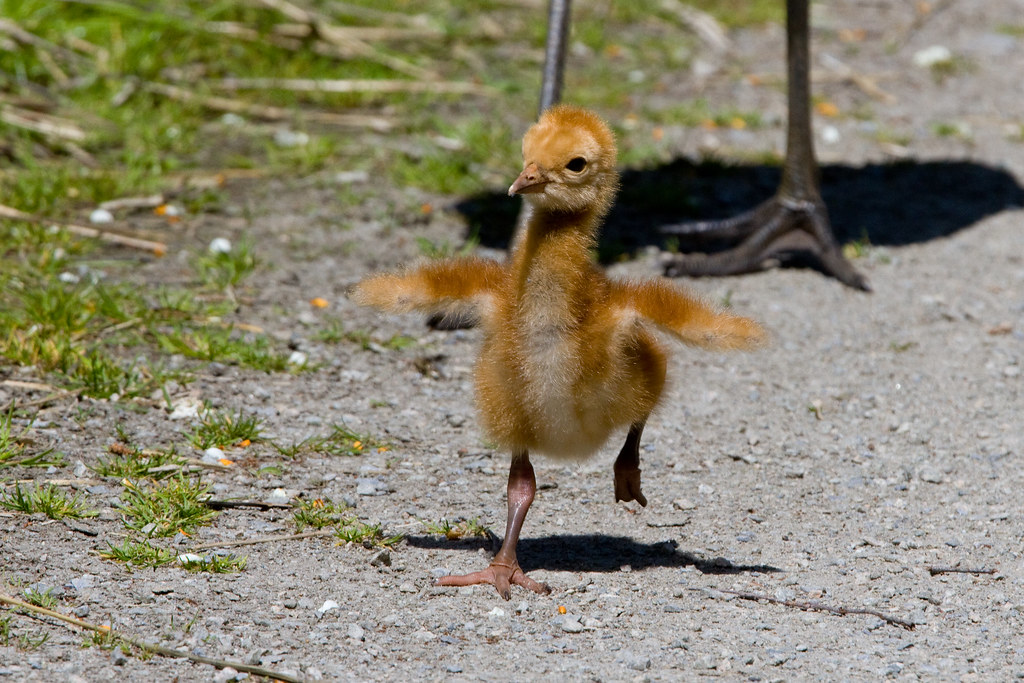 “Where is it? quick me Valentine, quick, quick, got to find it! I know it somewhere.”
Said Doris duck.

She searched high and low in the stream,
for a Valentine  to fulfill her dreams.
Shook her tail and waddled far and wide
Until no place was left for it to hide.

What it looked like she didn’t  care,
She  wanted one from anywhere.
That Valentine she’d heard about,
It made big people flounce and pout.

Alas she was deemed to fail
For Valintines had no tale…
He had no beak for her to peck
And he had the shortest neck.

So to the pond she waddled fast
With her sibblings, home at last.
Munching worms with her Drake,
Fluffing their tails out on the lake.

Was your true love under your nose?
Did you look to hard but failled to see what was next to you?
Or just maybe you couldn’t give a diddly doo dah… let me know leave a word… try and keep it somewhat clean ;)😇

This link takes you to the Valentines party join in it’s for the whole weekend!

Posted from WordPress for Android

The lead has worn down on my pencil
It means breaking another one in.
As you see by my picture,
I don’t know where to begin.

He’s been with me for a while now,
I’ve  chewed the end ’til I’m sick.
Somehow I neglcted to notice,
You see I sharpen him quite a bit.

This pencil has been a good friend,
It’s lead it promised to last.
I can secrete it inside my stocking,
At parties it even gets past.

Now so small it looks very lonely,
Not big enough to take one more word.
It can’t go in the rubbish
Or be put in a nest by a bird.

So i must always  keep it,
Safe in a drawer it will stay
Until my yellow one can be trusted
To never get in the way.

A drop of silliness you may say, but for a while I believed the words were inside my pencil…

Please leave me a comment, advice on training said pencil will be taken seriously and I will get back to you soonest. Have a funny ole day

I am making a noise!
Usually I am quiet, well that’s  not strictly true
often I talk to much;  but not on here to you.
Breaking plates is all greek to me,
A waste of good crockery.
But make a noise, have a scream,
Now that is just a smashing thing.
Releasing  pent up frustration
All across the nation.
This is what I want to see
Not Greek philosophy.
I am glad  you dropped in today,
Let me know what you have to say.
Do try to pop back  soon
You can see there’s lots of room.

Writing to be Read

Ephemeral tales of the surreal and macabre

Having fun blogging with friends

Experiments in Creative Writing, and more ....

A place for women to be and become

"The silence of the night awakens my soul"

Valley of the Trolls
Writing Through The Soul

Welcome to Writing Through the Soul. Every writer writes through their soul and I understand. Here you can read about anything having to do with writing. I share my writing tips and prompts. Enjoy reading my poetry, short stories and what's on my mind in the Writing Through the Soul section. I have something for every reader and writer out there.

A sweet stop for writing

Microfiction Monday Magazine
the writer is a lonely hunter

writing by Gail Aldwin and other authors